An introduction to cocoa flavanols

Cocoa flavanols include compounds called epicatechin and catechin, as well as chains of flavanols called procyanidins 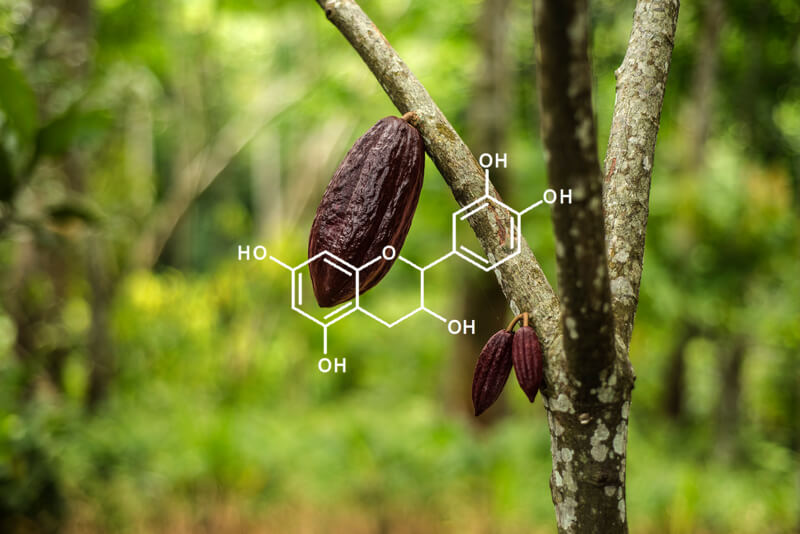 Flavanols, also known as flavan-3-ols, are compounds found naturally in many plants, including tea, apples, various berries, and cocoa. Cocoa flavanols include specific compounds called epicatechin and catechin, as well as chains of flavanols called procyanidins. Research into cocoa flavanols over the last 20 years has shown that a diet rich in these compounds has a beneficial effect on health.

Bioactives are naturally occurring compounds that affect processes within the body. They include specific compounds such as lycopene and lutein, and they can include members of a much larger group of compounds known as polyphenols. Bioactives are not essential to human life like vitamins and minerals, but many of them may play an important role in helping to maintain health and prevent disease.

Polyphenols are a family of bioactive compounds marked by several phenol groups in their chemical structure. There are 6,000-20,000 individual polyphenol compounds in nature, many of which are found in food, including fruits, vegetables and cereals. Numerous studies have looked at whether consuming different polyphenols has a beneficial effect on health.

Flavonoids are a sub-group of polyphenols that are found in various fruits and vegetables. Flavonoids are divided into subclasses based on their distinct chemical structures.  Common subclasses found in the human diet include: flavanols, flavonols, flavones, flavanones, anthocyanins, isoflavones, and proanthocyanidins. Flavonoids are widely present in the diet, for example isoflavones in soy, anthocyanins in berries, flavonols in onions and broccoli, flavones in parsley, and flavanones in citrus fruits.

Flavanols are a sub-class of flavonoids. They are predominantly found in tea, apples, pears, cocoa beans and various berries. There are several different flavanols, which differ based on their chemical structure and formula. These include catechin, epicatechin, theaflavins and thearubins. When flavanol monomers form chains, or oligomers, they are known as proanthocyanidins. Proanthocyanidins containing only epicatechin and catechin monomers are called procyanidins.

Catechins and epicatechins are types of single flavanol molecules. These molecules are stereoisomers, meaning have the same composition of atoms, but are organized differently in space.

Both catechins and epicatechins come in two different forms: (+)-catechin and (–)-catechin, and (+)-epicatechin and (–)-epicatechin. These plus and minus forms can be thought of as mirror images of one another. This difference in structure between these molecules is subtle, but it accounts for significant differences in how they interact with the human body.

As well as being the most abundant, (–)-epicatechin reaches the highest concentration in the body compared to the other stereoisomers and has the most potent effect. Compared to the plus form, (–)-epicatechin produces different metabolites (secondary molecules resulting from processes in the human body), which contributes to the different biological effects of this molecule. 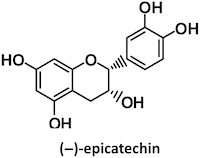