Beyond essential nutrients: moving toward a recommendation for flavanols 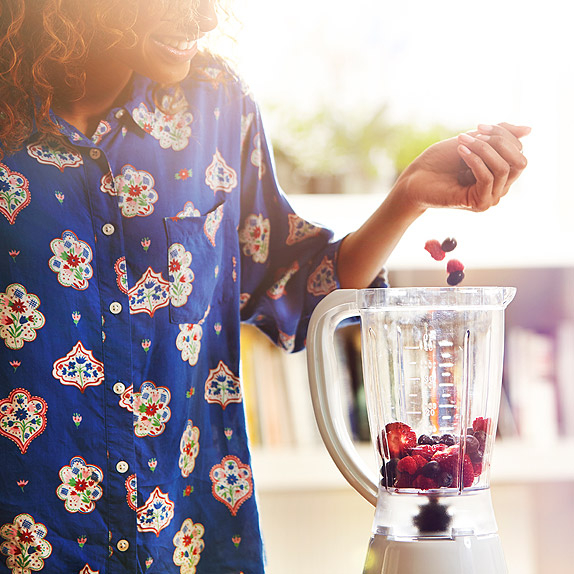 We are well-aware of the dietary need for vitamins and minerals - nutrients that are considered essential to support normal body function and growth. If a person doesn’t ingest adequate iron from their diet, they can develop anemia. If their intake of vitamin D is inadequate, there is risk of low bone density and in severe cases, rickets. Low to inadequate vitamin C intake affects many aspects of health, from immune to skin function to wound healing. Current dietary recommendations are built from the premise of obtaining from your diet the range of nutrients you need at the right levels to keep your body functioning normally.

However, there are other components in foods that a growing body of research indicates that, while not essential to life, may confer a range of important benefits to health, including disease prevention. These other non-essential food components are known as bioactives and include compounds such as carotenoids, flavonoids, and some fatty acids such as DHA and EPA.

Examining flavanols — beyond essential nutrientsа
Among the flavonoids, the specific sub-class of flavonoids, the flavan-3-ols, or flavanols, have accumulated a large body of evidence over the past several decades on their benefits to human health. Found in foods such as apples, grapes, tea, some berries, and cocoa-based products, flavanols increasingly have been investigated across in vitro, epidemiological and human clinical studies for their potential role in health promotion and disease prevention. While our understanding of these compounds is still advancing, over the last 20 years a large body of data on their health benefits, notably cardiovascular, cognitive, and metabolic benefits, has materialized. Highlighting this point are the results of a systematic review and meta-analysis published in the last few years. This review found a consistent body of evidence from prospective cohort studies, as well as randomized, controlled trials (RCT) on the cardiometabolic benefits of dietary flavanol intake [1]. Importantly, the data included flavanols from multiple food sources.

In recent months, a new study further builds the case for flavanols and health. The first results of the COcoa Supplement and Multivitamin Outcomes Study (COSMOS) were recently published. The results of the double-blind, placebo-controlled trial of over 21,000 generally healthy men and women (≥ 60 years of age) conducted over five years, found those who reported consuming the standardized flavanol-containing cocoa extract (versus placebo) experienced a statistically significant 15% reduction in total cardiovascular events, a 39% reduction in cardiovascular deaths, and a 24% reduction in major cardiovascular events. Importantly, these cardiovascular benefits were seen in the absence of any safety issues. The fact that study participants had a mean age of 72 makes these results even more amazing, as it highlights the profound role that nutrition, and specifically bioactives, can play in health as we age. wiki

This trial, initiated, designed, and led by Brigham and Women’s Hospital, an affiliate of Harvard Medical School, represents the first clinical trial of this scale and duration to investigate the relationship between habitual intake of flavanols and health. While the test material that was used in COSMOS was a highly standardized cocoa flavanol extract, this research opens a wider discussion about the role dietary flavanols — from a variety of food sources  — may play in promoting and maintaining health as we age, and in preventing certain diseases. As such, the impact of COSMOS goes well beyond cocoa.

Moving the recognition of flavanols forward

COSMOS is a landmark study, and, combined with the totality of evidence on the benefits of flavanols, it opens the door wide for a discussion on developing recommendations for flavanols, including establishing a specific recommended level of intake. Getting to a recommendation requires an ongoing focus on research through continued evaluation of the available evidence, complemented with new intervention and epidemiological studies (with the right biomarkers!) evaluating the relationship between flavanol intake and health. In addition, more focus needs to be given to the development of robust and accurate analytical methods, methods critical to improving the richness of flavanol data available in food composition databases, as well as enabling product labelling so recommended levels of flavanol intake can be translated to foods.