A study just published in the American Journal of Clinical Nutrition (AJCN) adds to the growing body of evidence demonstrating that cognitive function is improved with a diet high in cocoa flavanols—a group of naturally occurring bioactives found in fresh cocoa beans. 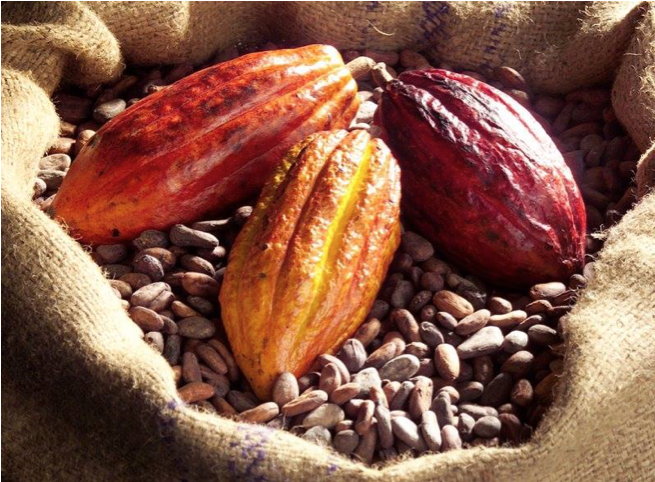 January 6, 2015 / It is normal for cognitive function to slightly deteriorate with age. Memory capacity begins to worsen, along with processing speed and the ability to form long-term memories. Finding a way to defer the onset of these issues becomes increasingly important as life expectancy gets longer and global populations age.

This study, conducted by researchers from Italy’s University of L’Aquila and Mars, Incorporated, reinforces the results of several recent cognitive studies—throwing more light on the important role diet plays in maintaining cognitive health. Dr. Giovambattista Desideri, lead author on the paper, said, “The results of this study are encouraging—they support the idea that diet, and specifically a diet rich in cocoa flavanols, can play an important role in maintaining cognitive health as we age.”

This study was the second installment in a two-part investigation by this team into the effects cocoa flavanols have on the brain. The first study, published in the journal Hypertension in 2012, found cognitive and cardiometabolic benefits of habitual cocoa flavanol consumption in older adults who had been diagnosed with mild cognitive impairment (MCI). Despite these findings, the question of the benefits of cocoa flavanols on cognitive function among individuals without MCI remained uncertain.

This second study just published in the AJCN looked to address this question. Enrolling men and women aged 61-85 years with no evidence of cognitive dysfunction, the participants in this controlled, randomized, double-blind study were assigned to one of three flavanol groups, consuming a drink containing either high (993 mg), intermediate (520 mg) or low (48 mg) amounts of cocoa flavanols every day for eight weeks. The nutritionally matched drinks were specially prepared. The high- and intermediate-flavanol cocoa drinks were produced using Mars’ patented Cocoapro® process, while the low-flavanol drink was made with a highly processed, alkalized cocoa powder. Other than the inclusion of the test drink, normal diets and regular lifestyle were maintained throughout the study. 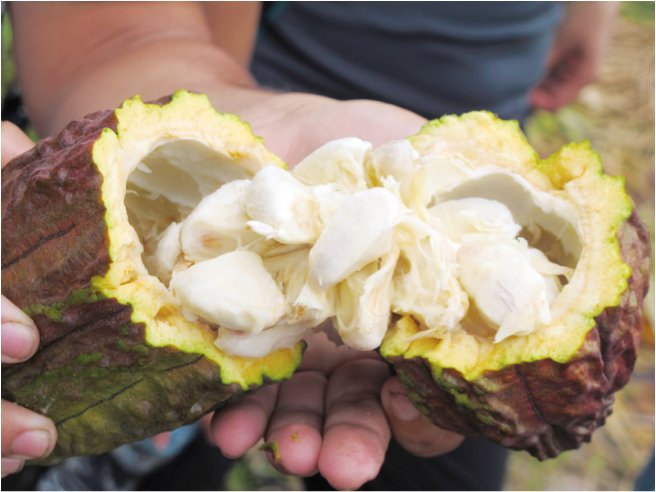 The patented process needed to create the drinks in the study ensures that the high concentrations of flavanols found in fresh cocoa beans are not destroyed during processing. Credit: Mars, Incorporated.

Over the past decade, there has been significant evidence indicating that consuming cocoa flavanols improves vascular function. Dr. Catherine Kwik-Uribe, human health and nutrition director at Mars, Incorporated, and co-author on this latest study, said, “Since the brain is a heavily vascularized tissue, we might also be looking at vascular improvements as underlying the observed improvements in cognitive function.”

Dr. Kwik-Uribe went on to speak about Mars’ flavanol research program that has spanned over two decades: “The amount of research showing the beneficial effects of cocoa flavanol consumption is growing and Mars is proud to be a partner in important research like this that highlights the positive role cocoa flavanols may play in supporting healthy aging.”

Dr. Desideri and his team are already thinking about the next steps: “It is clear from our latest research and other recent studies that cocoa flavanols have profound effects on the body, and specifically the brain,” said Desideri. “Now we’d like to know how they work and how long the effects last. If these further studies confirm the findings that brain health can be improved by consuming dietary flavanols, it may have the potential to affect the daily lives of millions of people world-wide.”

Note to Editors: This research trial was carried out with a special cocoa flavanol test product, designed to deliver a standardized amount of flavanols within a nutritionally suitable drink. This test product is currently not commercially available. Flavanol content of commercially available chocolate is variable and, given its macronutrient profile, it is not recommended as a health food.

About Cocoa Flavanols
Flavanols are a distinct group of naturally occurring compounds that can be found in a variety of foods such as tea and red wine. Cocoa flavanols refers to the group of bioactives found naturally in fresh cocoa beans. Cocoa is an especially rich source of flavanols and the type and mixture of flavanols and procyanidins found in cocoa is unique. Mars studies show cocoa flavanols have a range of proven health benefits, including improved circulation and cardiovascular health. For more information, please visit Mars Center for Cocoa Health Science at www.marscocoascience.com.