Home News & multimedia The Diplomatic Courier And Mars, Incorporated Bring Together Leading Experts To Discuss The “Future Of Food”

The Diplomatic Courier And Mars, Incorporated Bring Together Leading Experts To Discuss The “Future Of Food”

150 cross-sector experts, innovators and policymakers will convene today at the National Press Club in Washington, D.C. to drive awareness of the opportunities for collaboration at the nexus of food and health 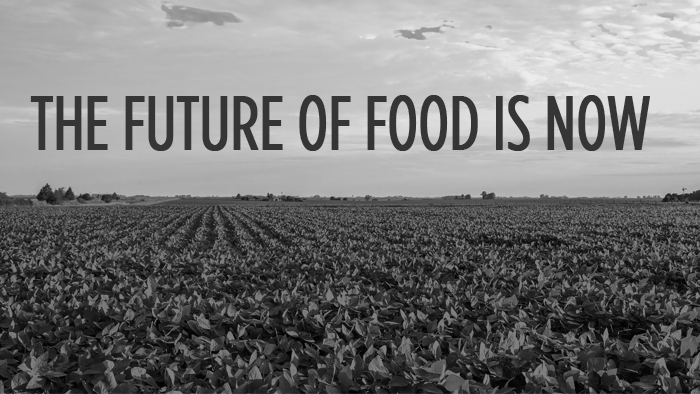 WASHINGTON, D.C. (May 13, 2015) --- The Future of Food: The Nexus of Food and Health summit—co-hosted by global affairs magazine Diplomatic Courier and Mars, Incorporated—will look at the vital role collaboration across sectors can play in sustainably addressing the world’s most pressing food and health challenges. Representatives from organizations as diverse as the UN World Food Programme; the University of California, Davis; and the White House will debate the link between food, health, nutrition and wellness and investigate how a revised, multi-stakeholder approach to policy, research, and innovation can ensure effective impact where it matters most.

The world population is expected to rise above nine billion by 2050—meaning food production will need to increase sustainably by up to 70 percent. Simultaneously, societies everywhere must alleviate the burden of nutritional deficiencies and confront the unprecedented social and economic challenge presented by aging populations.

In this context, Brigham and Women’s Hospital (BWH), a major teaching hospital of Harvard Medical School, is announcing during the summit a five-year landmark study to examine the role of cocoa flavanols—bioactives found in the raw cacao bean—in helping maintain cardiovascular health. The study may therefore provide clues about healthy aging and the role of diet and nutrition in limiting the societal impact of population aging.

This randomized, placebo-controlled trial of 18,000 men and women is the largest dietary intervention study to investigate the health benefits of flavanols The study is the result of an innovative and long-term public-private partnership between BWH, Harvard Medical School, the Seattle-based Fred Hutchinson Cancer Research Center (FHCRC), the National Institutes of Health (NIH), Pfizer, and Mars, Incorporated.

“The future of food is one of the defining issues of our time,” said Ralph Jerome, Mars’ Vice President of Corporate Innovation. “We need new, collaborative approaches that translate discoveries into practical applications across the entire value chain if we are to solve the huge sustainability challenges we face.”

Being family-owned enables Mars to take a generational approach to its business and to invest in long-term scientific research and innovation in several diverse areas. This includes sequencing the cacao genome and releasing the information into the public domain, founding the African Orphan Crops Consortium, sharing two decades of research data and outcomes on the health benefits of cocoa flavanols through the Mars Center for Cocoa Health Science, and establishing the Innovation Institute for Food and Health as part of the World Food Center at the University of California, Davis.

Such “uncommon collaboration” will be the subject of one of today’s panel discussions, which will focus on solving the world's food challenges. The day also features a keynote speech by Senator Sheldon Whitehouse, US Senator for Rhode Island. The White House BRAIN Initiative, a collaborative research initiative focused on revolutionizing our understanding of the human brain, will also be discussed in a panel session. The final panel discussion of the day will ask the question whether aflatoxin—a fungal toxin that contaminates many of the world’s staple crops—is the most urgent food safety challenge of our time.

For more information about the summit, visit http://futurefoodsummit.splashthat.com/, where the Summit will also be broadcast live on May 13 at 8.30 am EDT.

About The Diplomatic Courier

Diplomatic Courier is the global affairs magazine that connects the diplomatic and policy establishment to the next generation of leaders in diplomacy and foreign policy. The Diplomatic Courier publishes six print issues per year, as well as weekly online content and a daily blog, On Point.

The Diplomatic Courier is an independent publication both in its voice and its organization. Publishing opinions from all political spectrums, the Courier adheres to the ideals of freedom of expression, individualism, and fair and balanced journalism.